What is REST Api and how does it differ from GraphQL

Roy Fielding defined REST as architectural style for distributed hypermedia systems. It's described here if you want to dive in. For this blog post consider REST as set of contraints that tells you how to create API.

What's an API? It's an interface (a strict set of rules) that will allow you to communicate and use existing code in different applications (it might be even the same app).

What's in that case REST API? It's an API that is compliant with REST rules.

What's GraphQL? All the answers in REST will return you whole resource. For example if you want to get user info you'll get something like:

And that goes on and on. Think about resources that will have 50 fields (yeah, it happens sometimes).

GraphQL solves that, instead of asking for the whole resource, you can ask just for email, or age and email. Then you'll get only the fields that you are interested in:

This saves time, traffic and resources that you have to pay for the servers. More info about GraphQL here

What are REST rules (in shortcut)

Client does not know anything about server besides endpoints and payloads that he needs to send.

No sessions, no remembering what was sent in previous requests. Only JWT Tokens (or something similar) that needs to be sent with every request.

We know only about next layer (if it's more than one, we only know about the next one we need to communicate with)

Try to cache images on the client side. Don't DDOS yourself.

Pick one (I suggest JSON) and stay with it. And create unique URI for separate resources.

What is HTTP Protocol

Full RFC for HTTP Protocol is here, try to get familiar with it on the fly. REST API should be compliant with HTTP codes below (GraphQL might on the other side sent you response: 200 OK and error in json payload)

The oldest and most used now tool

Postman CLI that runs on the top of npm. Nice extensible tool that will generate reports that your CI/CD tool understands. 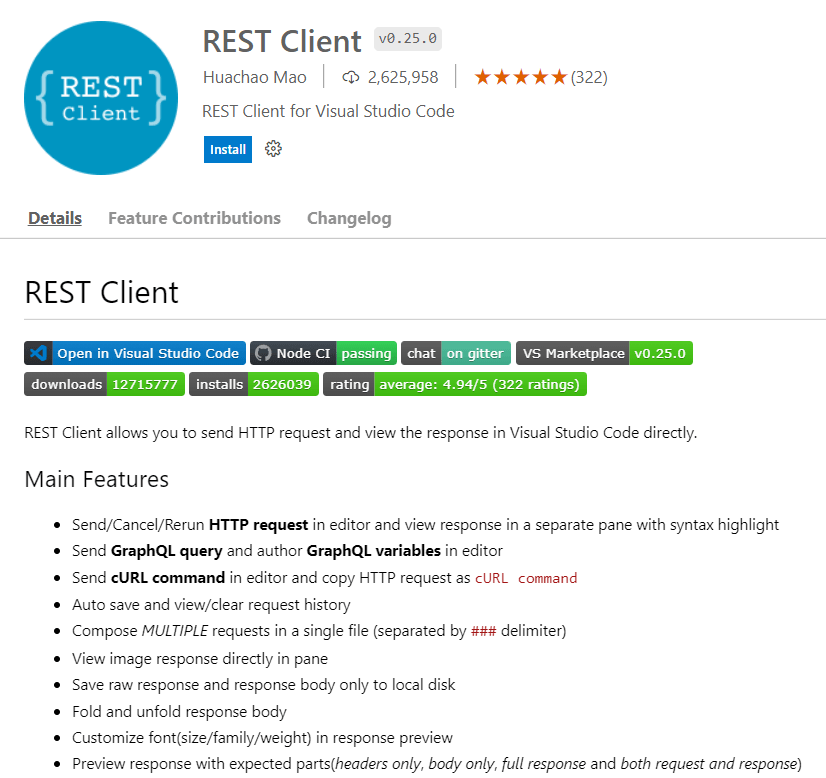 If you want to work with libraries to test REST API programatically, for C# use Rest Sharp, for Java Rest Assured. They have the most support from the community and are mature solutions.

The main functionality is to create a proper query builder. Reverse engineering from Postman told me to solve it this way.